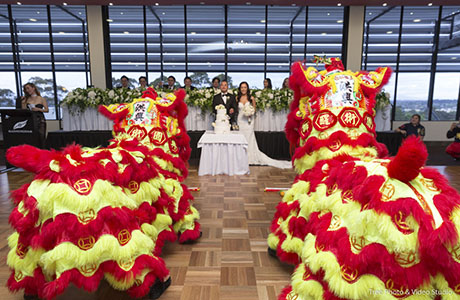 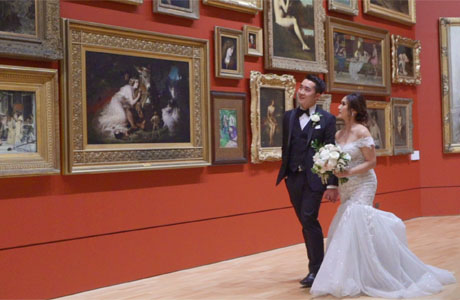 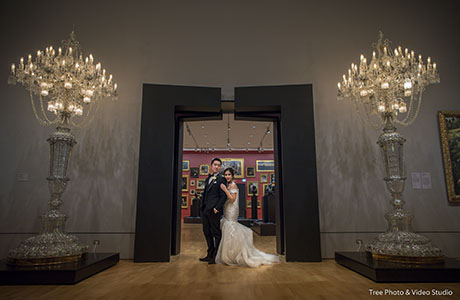 Melbourne is a one of the most multicultural city in the world, and there are over 80,000 people who has Vietnam culture background live in this city. When it comes to the wedding, Vietnamese normally choose to honor their culture’s wedding traditions. A traditional Vietnamese wedding normally has the Bride Receiving, Vietnamese Tea Ceremony, Lunch Catering, Back To Groom’s House. Moreover, the Vietnamese wedding in Melbourne has their own Modern Catholic Infusion.

Now, let’s get to the point. The Vietnamese wedding in Melbourne, in a professional wedding photographer’s eyes.

The Vietnamese wedding normally start off middle in the morning. The groom and his groomsmen wear the traditional blue or yellow Vietnam wedding attire, presenting the Vietnamese wedding gift such as betel leaves, fruit, cake and roast pig in red lacquered boxes with red handkerchief cover on top. The bride’s family may also sets off the firecrackers to welcome the groom’s arriving.

The bride, in her red traditional wedding dress – ao dai, meets the groom in front of her ancestor’s altar. Next, the couple burns the incense stick, asking their ancestor to approve their marriage and bless them. Sometimes, a candle ceremony with speech is organized. The couple lights a candle as a symbolism of unity between the two families. The both sides of the parents share some encouraging words to the new couple.

The bride’s family prepare some traditional Vietnam food such as Vietnam salad, noodles to treat the guests. Some of the gifts brought by the groom in the morning, like the roasted whole pork, cake and fruit are prepared to serve as well.

Back To Groom’s House

The bride and groom come to groom’s house, burning the incense in front of the groom’s ancestor’s altar and asking the bless of their marriage. Sometimes, there is a tea ceremony organized for the groom’s family member who hasn’t come the bride’s house this morning.

The Catholic Vietnamese choose to wear the western white wedding dress and suits after the traditional formalities. The civil ceremony is mostly like to hold in a Catholic church. There is an evening reception organized like other Catholic weddings, but there may be some Asian cultural factors adding in such as the Dragon Dance or Lion Dance. The Vietnamese couple also prefer to have the same day edit photography or video to entertain their guest during the night. Sometimes, the bride and groom may feel there are too many formalities in one day, so they choose to have the traditional Vietnam wedding on Day 1 and the Catholic wedding on Day 2.

EMBRACE YOUR MOMENT -- “There are only two times that I want to be with you: Now and Forever”.
Quick Links
Follow ON
You Tube